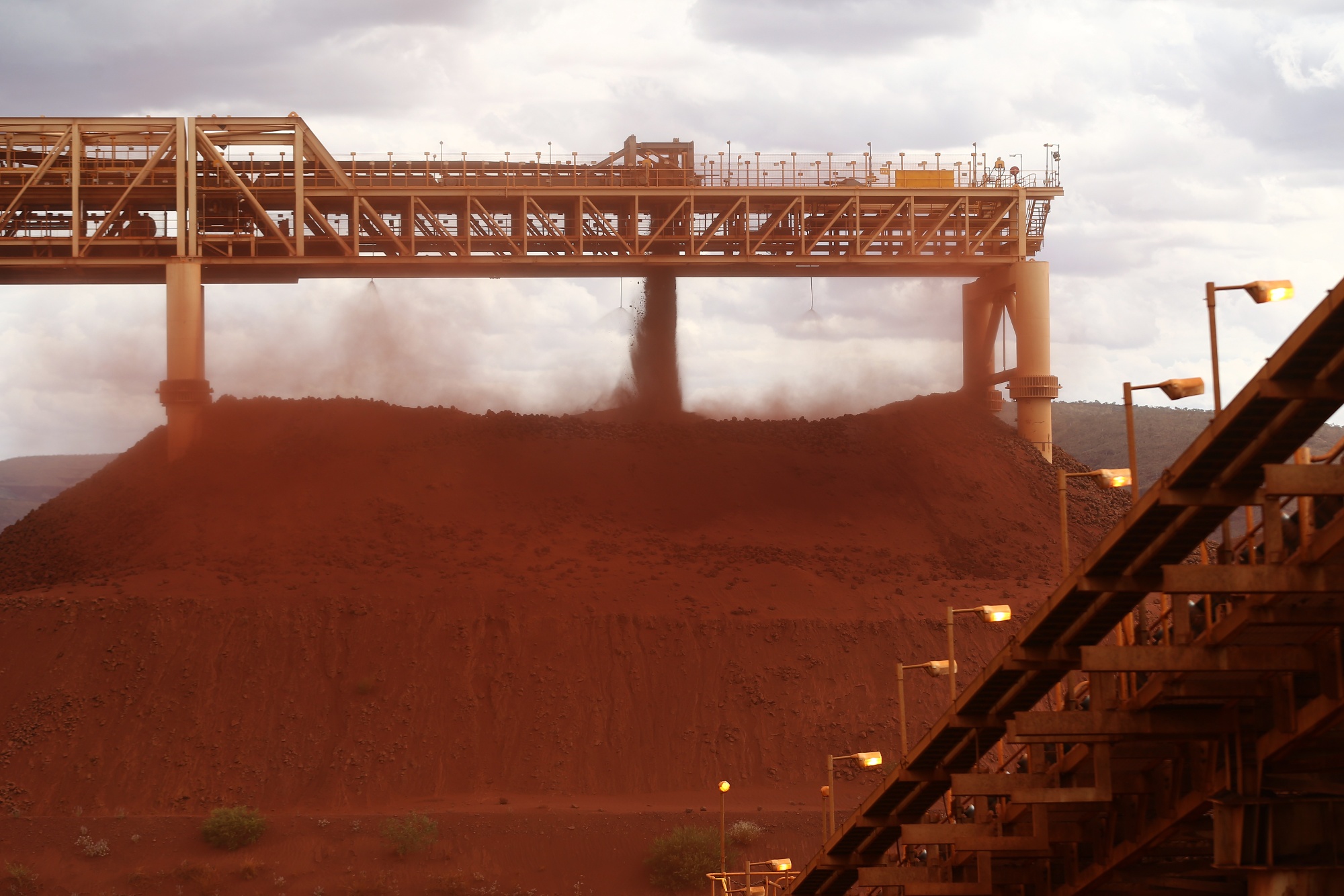 China’s return to work may give the commodity, and Australian miners such as BHP, another year of grace.

Last year was supposed to be an aberration for iron ore, an unexpected period of sky-high prices after a fatal dam collapse in Brazil and a tropical cyclone in Australia. Instead, it continues to defy gravity. Sheltered from the worst of the pandemic upheaval, Australian diggers like BHP Group, which reported stable output for the March quarter Tuesday, can expect to benefit.

Rio de Janeiro-based Vale SA warned just weeks ago that weak demand from steel mills outside China would hurt iron ore as the coronavirus spreads, industrial appetite shrinks and producers bring down the shutters. The first part of the statement has proved accurate: Bloomberg Intelligence forecasts that pandemic-linked manufacturing shutdowns, especially among automakers, will drag demand down by 10% to 15% in the U.S. and Europe this year. BHP says it expects steel outside China to contract by a double-digit percentage, as logistical difficulties and collapsing demand force customers to cut back.

Yet prices remain surprisingly robust, with Singapore futures hovering around $83 per metric ton. The main explanation sits with China, where furnaces and construction projects are recovering. The country accounts for about 70% of global demand for seaborne iron ore, so a rebound there matters far more than pain elsewhere. By way of example, China’s import requirements amount to about 1.1 billion tons, against 100 million for Europe.

While the risk of a second wave of infections remains, China’s return to work is real: Port stocks have been steadily reducing, while premiums for higher-quality material have been unusually high. BHP estimates electric-arc furnace utilization has recovered to 56% after falling to 12%. It’s true that exporters of finished products such as excavators will be hit by a weak global economy, but a lot more ore is gobbled up for the giant home market.

Alongside that, global supply is doing worse than many expected. Granted, widespread closures aren’t just a problem for iron ore. Coronavirus stoppages are hitting other commodities like copper, where Chris LaFemina at Jefferies estimates 20% of supply is now impacted, versus 8% for global iron ore. That supply crunch is supporting base metals and other commodities to the point that China’s grim first-quarter economic data left the metal uncharacteristically unruffled Friday.

For iron ore, there’s more. On top of the pandemic, there are ongoing disruptions: specifically, upheaval at Vale, which is still struggling with permits as it tries to recover from the Brumadinho dam collapse. On Friday, the company cut 2020 production expectations for iron ore fines to 310 million to 330 million tons, from 340 million to 355 million, while warning the fallout from the health crisis could get worse. The Brazilian government’s poor handlingof the pandemic means it isn’t impossible to imagine a drop to 2019’s level of 302 million tons — a significant loss to a large, though tight, seaborne market.

For producers Down Under, none of this is bad news. While in copper everyone is suffering as large mines from Latin America to Africa slow or stop digging, the pain in iron ore hasn’t been equally distributed. Australia’s enormous Pilbara operations have by and large kept going, with exports up significantly last month. Vale is benefiting from higher prices that may cushion output losses; by contrast, the big Australians are digging and selling more, too. BHP reported a 3% increase in production for the nine months to the end of March. Rio Tinto Group, now the world’s top producer, last week also reported higher first-quarter output and shipments, compared to a year earlier.

Better yet, costs are coming down. That’s thanks to the effects of a weaker domestic currency against the U.S. dollar, rock-bottom oil prices and still-depressed shipping rates. BHP’s unit costs for Pilbara already hovered around$13 per ton. At the same time, realized prices have held — BHP says its average in the March quarter was just over$74 per ton, down just 5% on the six months to December. That will help offset damage in harder-hit commodities, particularly oil.

It’s unclear how long this corner of the commodities market will continue to hold up. Other producers may well limp back, adding to supply, and China could face further virus setbacks. For now, Brazil looks vulnerable and China robust. It may be another unexpected year of grace for iron ore.

This column does not necessarily reflect the opinion of Bloomberg LP and its owners.

To contact the author of this story:
Clara Ferreira Marques at cferreirama@bloomberg.net

To contact the editor responsible for this story:
Matthew Brooker at mbrooker1@bloomberg.net